I recently celebrated my 30th Birthday. As I sit in my bed listening to music while typing this on my iPhone, my mind can’t help but to wander over the last 30 years to all the culminating moments that have brought me here, to who, what, and where I am today.

I used to think that my life should be nearly perfect, with little to no mistakes. Being Christian and taught about the atonement of Christ growing up, I remember thinking as a teenager the fewer mistakes I make in my life, the less Christ would have had to suffer for my sins those 2000 years ago in Gethsemane. It took me a while to realize that’s not what the atonement is about. And whether you believe in Christ or God or a Higher Power or not, I think we can all mostly agree that we will make mistakes while living this life, things we realize after or maybe even knew before we shouldn’t do, and those mistakes are sometimes the best learning experiences in this life, we learn and grow from those mistakes and experiences more than we would in any other way, and so, suffering through the consequences of our choices and actions, can actually be a blessing and a gift, if we look for the silver lining, learning experiences, and tender mercies that I do believe exist in every circumstance.

I grew up moving across the country from state to state to state. By the time I was 12 years old, I had lived in Arizona, Colorado, Virginia, Tennessee, and Utah, raised the oldest of four siblings and each of us born in a different state, we averaged moving every three years.

The downside of moving a lot? Always being the new kid. It was a challenge to find my way into new school’s social infrastructure, the smaller the town, the harder the task. I remember being teased mercilessly in elementary and middle school.

I started kindergarten at age four rather than five in Virginia because my mom thought I was ready, and I passed some test. I got accustomed to being a year younger than my class mates, though later on in life it caused me some frustration and anger.

In seventh grade our English teacher gave us an assignment to make a commercial, she assigned us to groups. The group I was assigned to was all girls, who I barely knew, and who were higher in the social food chain than I.

My group met together without me and created a commercial, then brought their creation to me. We would be advertising a perfume that would make the wearer look more beautiful rather than smell better.

My job? To be the ugly nerd before the transformation. The girls explained all I had to do was dress really dorky and tape my glasses. With the cameras rolling, I was to walk out of class into the dead end hall with our lockers, brag about my A+ on my math test, then a small group of kids would come out and make fun of me while I was at my locker.After they left I would spray the perfume on and then the girls would do my hair and make-up, and dress me in cute clothes to make sure I looked beautiful for the transformation, the transformation being the only reason I agreed to my nerdy part.

This did not go according to plan. I did my part, and after walking out of the classroom and saying my line, the “small group” of kids was actually dozens and dozens of kids who had all showed up to make fun of me, when I saw the mob heading for me, with their hungry eyes and angry expressions, I began to back into the corner. I was terrified. What were they going to do to me?

There was no exit open for me to take, the hallway dead ended into a giant brick wall, the mob blocking the doorways to all the classrooms and the only exit out of the hall. Fear began rising up in my throat, my eyes were darting from the faces of the kids, to the walls, to the doors, hoping and praying a teacher or someone would come out and stop the madness. I saw no out, I continued to back up toward the solid brick wall, my brain betraying me and rather than finding a way
to stop the mob, envisioned my seventh grade peers physically attacking me. I felt my back press up against the wall, and I pushed my body hard against it, as though I could disappear into the giant white painted bricks.

This was not the first time I remember feeling so backed and cornered, in my life. I was very familiar with this feeling. My mom has a temper, and, growing up, if things did not go according to her plan, then she would make sure we heard it. She would yell and yell and yell at us, over and over and over again, about the same thing, using the very same words. Out of necessity, I learned the trick of finding anything that would dissipate the anger and wrath of my mother and doing what it took; anything and everything I was capable of to make sure she was happy and content in order to avoid the pain and anger she could and would inflict on me and/or my siblings. A trait which I gained while growing up that transferred over to my marriage, and which, I believe, lead me to end up in such a marriage in the first place. And a trait that I battle still, nearly every day in an effort to have healthy relationships in my present and my future and to become stronger through continued effort and practice.

When I found my seventh grade self, huddling against that middle school hall, I will never forget what happened next, my male cousin who I always looked up to, despite being in the same grade with him, walked in to the middle of the crowd. He and I rarely talked in school, he in the popular crowd, and I not, I did not know what to expect, the very group of students he was standing in the midst of being his friends. I can only imagine he had been invited to be part of the mob. He never spoke a word to me, he simply told everyone to get out and leave me alone. I will forever be grateful to him for being brave enough to at least stand up to them and tell them to stop.

The kicker? Those girls never really intended I get the makeover. They made up some excuse, and instead filmed a gorgeous, short, petite, Hispanic girl with flowing ebony curls, shinning white teeth, and a striking smile, this was a huge contrast to my tall, medium frame, pale skin, frizzy,dirty dishwater blonde, self, and part of what I used as evidence to begin to believe I was not pretty. And such is life, we allow in what we choose to allow in and discard what we choose to discard, and realizing this and reprogramming the brain, while difficult, is possible through work and perseverance.

The bonus of moving a lot? I got near constant do overs. You know all those highly embarrassing learning moments we have as kids? Those moments we feel will live in infamy and we will never be able to live down? The kids I graduated high school with don’t know about the time I pooped my pants in kindergarten, or crashed on my tricycle at a school assembly in front of the entire school in fifth grade. I truly got to leave some of those painful memories behind. Who knows if the kids I did go to school with at the time remember those things or not, and it doesn’t matter, it wouldn’t matter if they did. They are and forever will be in my past. And while I understand it is important to own up to our own mistakes and do our best to make things right, I also feel that it is important after we have done what we can do to rectify our mistakes, we move forward in life, we forget them, and live as though everyone else around us does not even know it ever happened. I feel that’s what the atonement really is about. 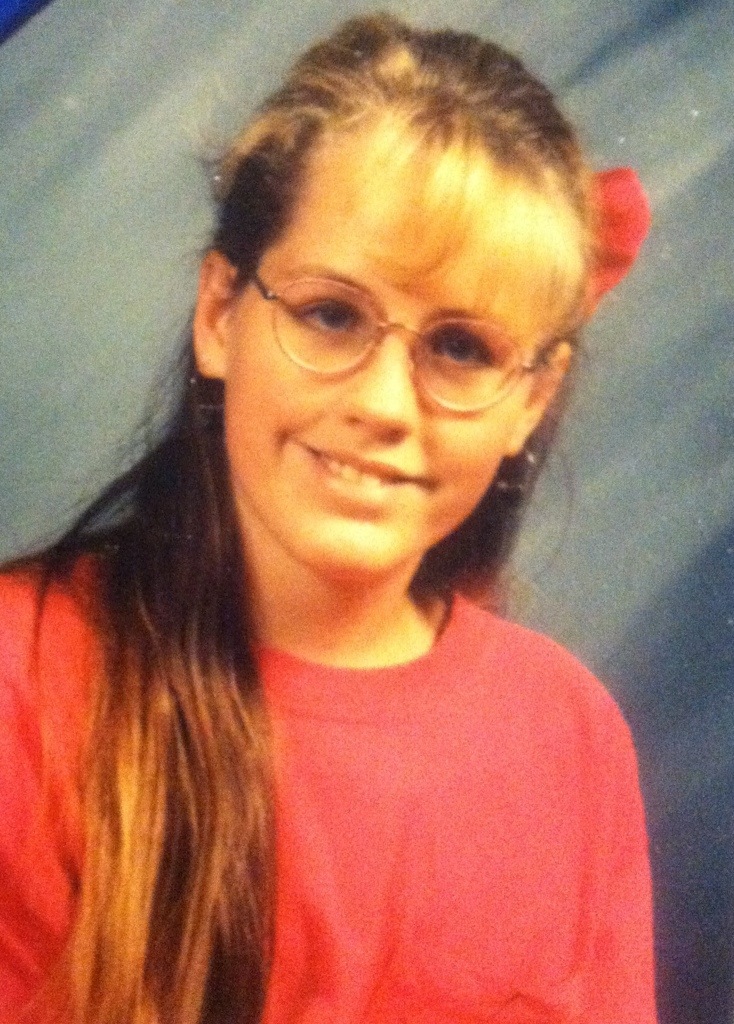 I am a single mom of a very active Autism Spectrum Disorder school age son. I am a survivor of Domestic Violence and teach you how to fly free and take off from the cycles that hold you down. View more posts